How to use Redux Sagas in a React Application 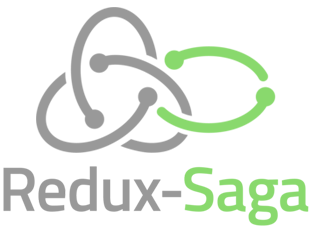 Redux is an open source javascript library for managing application state. If you are looking to explore redux in more detail, check this article. However, In this article we won't focus entirely on redux but on the concept of sagas that address the limitations of redux.

In this article, you would learn the basics of redux Sagas and how to use them in a react application.

This article assumes the reader has the following:

Examining the Limitations of Redux

There are a few things that contribute to the limitations of redux. We are going to be considering a few of them in order to understand why we need to use redux sagas.

A synchronous process is one that follows a certain sequence usually in a series of steps. Redux manages our application state in a synchronous manner. The backbone of redux is reducers.

A reducer is a pure function that determines the changes to an applications state. In redux, they take the action and previous state then return the next state. There are things you should not do in a reducer:

Side effects result when a function changes a variable that is outside of it's local environment. A few examples of side effects are listed below:

Side effects occur in redux when for example you want to respond to a redux action (when a user clicks a button make an API call to fetch data).

We can use middlewares to prevent redux from creating side effects.

Redux middleware is a snippet of code that provides a third-party extension point between dispatching an action and the moment it reaches the reducers. Every middleware has next() that calls the next action in the line. It is a way to extend redux with custom functionality.

Some of the most popular redux side-effect middlewares are redux-saga, redux-thunk, redux-observables, and redux-promise. These are external dependencies we can install in our app to give us that extended functionality.

What are Redux Sagas?

When a generator function is invoked, it returns an iterator object. Each time the iterator's next method is invoked, the generators body would be executed until the next yield statement and then pause. It does this until it returns an undefined value:

This format makes asynchronous code easier to use. Compare:

Now that you have seen a simple example of how generators work, let's now move on to implementing redux-saga in your app.

Implementing Redux Saga in your app

To setup a new react project, run either of the following commands:

This would create a folder structure in your current directory similar to this: 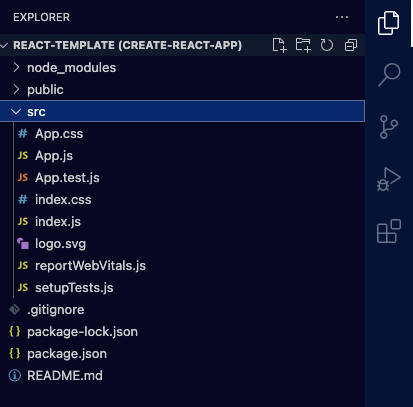 Adding the Redux Saga library to our app

To add redux-saga to our new app, run the following command:

This would install redux-saga as a dependency in our app.

We also need to install a few other dependencies. Run the following commands to install react-redux.

Let's now proceed by setting up our store.

Setting up our store

We would be using the modular approach where 'module' represents the one you would be working with.

You should now have a folder structure similar to this: 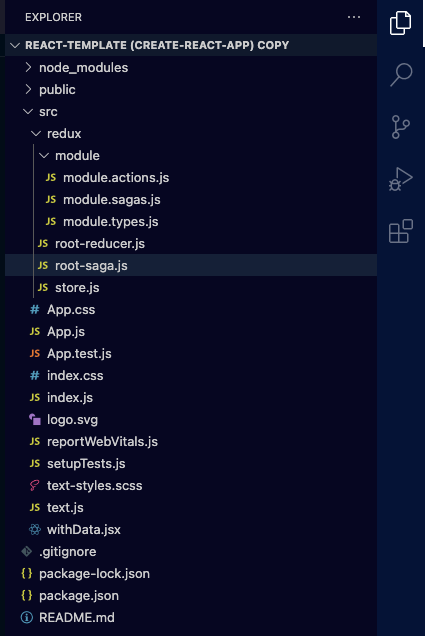 Add the following code to our 'root-reducer.js' file:

Add the following code to our 'store.js' file, importing our Root reducer:

Modify the 'index.js' file in our base directory passing in the exported store value to our provider.

In this section, we would be adding the saga middleware to redux.

Let's now modify the 'store.js' file by bringing in the saga middleware:

In this block of code, we perform a couple of things:

Let's now modify our 'root-saga.js' file. This is where we connect all the various sagas in our app.

The all method binds all the individual sagas into one. The call method is just used to invoke the saga.

We can then import our root saga into our 'store.js' file:

Now that we have our first saga setup let's see how we can use it in our module.

Before we get started writing our saga, let's add a few action types to our 'module.action.types' file:

Now we would look at the methods the redux-saga library provides to us:

Let's modify our 'module.sagas.js' and add the following code:

We have already encountered the all method, but let's consider what the other methods do for us: take - Used to tell the generator function to wait until it a particular action type is dispatched. It Receives only one parameter which is the action type (string | array | function)

takeLatest - This is similar to takeEvery. The only difference is that the generator function passed as the second argument is called only once i.e the latest call.

Let's now create a some generator functions to see how we can use each of these methods:

In this block of code, the value 'I was called' won't be logged until the action type 'ACTION_TYPE_1' is dispatched.

That’s it! I hope you enjoyed reading and are ready to use Redux-Saga in your codebase! If you have any questions, feel free to ask. I’m here and also on Twitter. Thanks for reading! 🙂